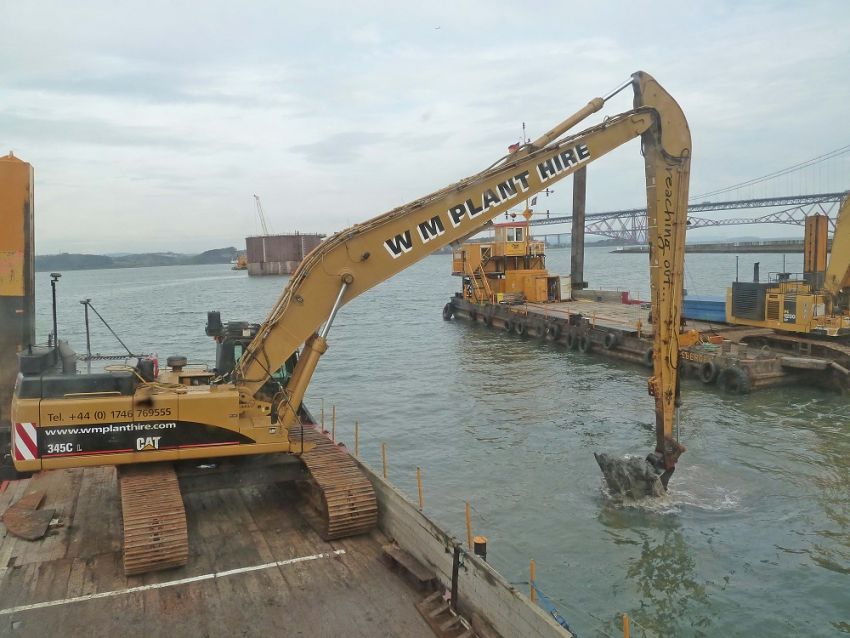 With an estimated completion date of 2016, the Queensferry Crossing is the third bridge to be built across the Firth of Forth, alongside the Forth Road Bridge completed in 1964, and the Forth Rail Bridge completed in 1890.  In December 2007 plans were announced for a replacement road bridge, claiming that with an estimated cost of around £4 billion that it would be the, "largest construction project in a generation in Scotland."

The bridge foundations were a critical component with a high risk to the delivery of the project, requiring excavation to bedrock on six of the nine support piers.  WM Plant Hire became involved in the early stages to advise on the marine excavation using its long reach excavators.  Consideration had to be given to the strong tidal currents and extreme weather conditions in the Firth of Forth.

The underwater foundations were excavated using a number of WM Plant Hire's largest CAT long reach excavators (ranging between 65 and 110 tonnes) fitted with GPS underwater dig profile equipment.  The cutting of the bridge foundations into the rock required specialist attachments working at depths in excess of 20 metres inside structural 'cofferdams'.

It is the specialist nature of our long reach machines and attachments, together with the experience of our highly trained operators that led to the success of the work despite the challenges of the extreme working conditions.