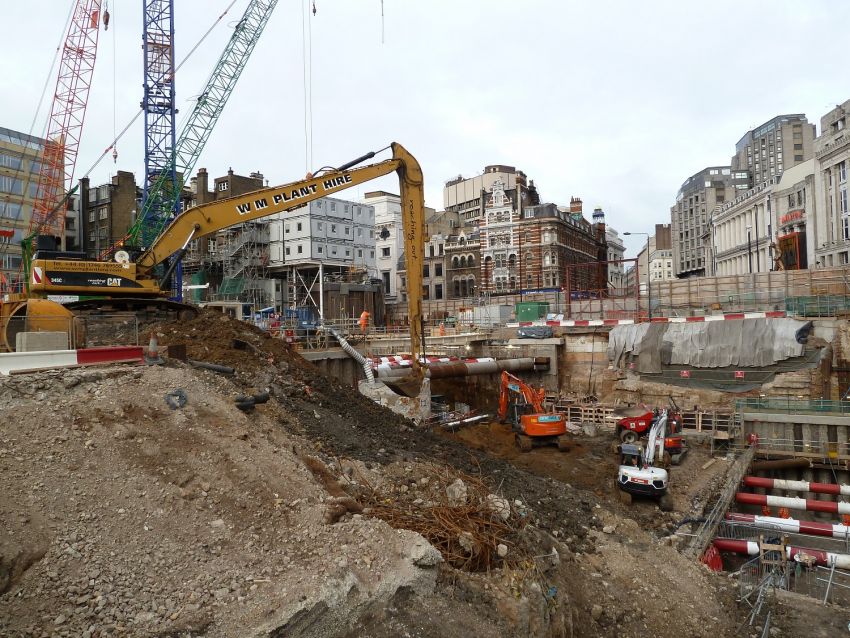 Crossrail is Europe's largest infrastructure project. Stretching across London from East to West, the new railway will cover over 100km of track including 21km of new twin-bore rail tunnels and 10 new stations deep underground.  From improving journey times across London, to easing congestion and offering better connections, Crossrail is hoped, will change the way people travel around the capital.

Construction of the massive Cross Rail Project in London has required a number of deep excavations for tunnelling equipment and new stations.  WM Plant Hire has been employed from the first construction phase at Canary Wharf station and Tottenham Court Road station excavation, through to the later section on Victoria Dock Portal where the railway goes underground on the east side.  The specialist excavations needed a range of long reach excavations to maximise production.

Each part of the project required different solutions: so an 18m reach weighing 28 tonnes was used at Canary Wharf due to access restrictions; a 24m reach weighing 65 tonnes was used at Tottenham Court Road (TCR); and two machines with 12m and 18m reach weighing 23 and 30 tonnes were used at Victoria Dock, fitted with slew and height restrictors for safety and proximity of the Docklands Light Railway.  At TCR the larger machine was selected for its high production and efficiency, capable of moving over 250 tonnes per hour.  The works were carried out over several years.