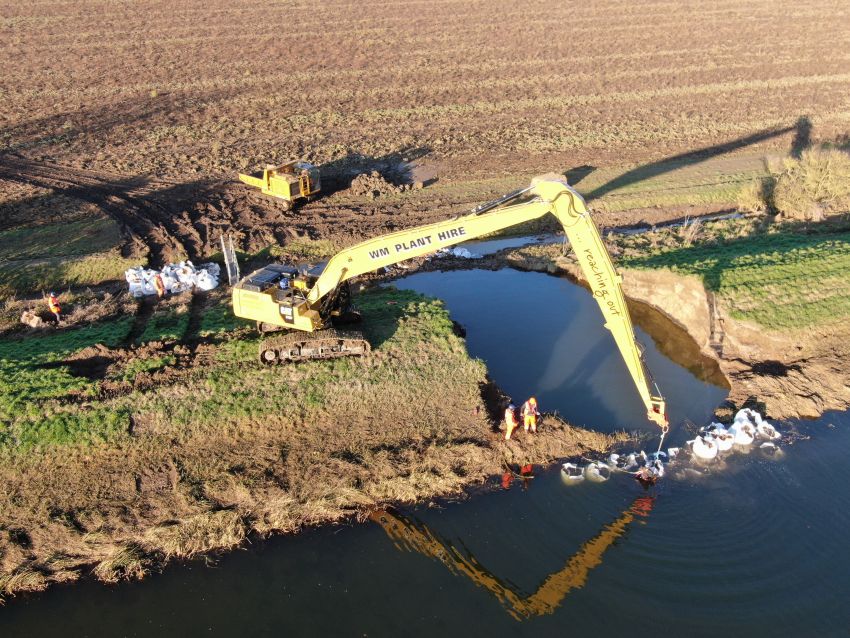 Following heavy rainfall in the Lincolnshire area the Timberland Delph breached, leaving a gap some 40 foot wide, and allowing water to flood some 200 acres of inventor Dyson's farmland and leading to the Environment Agency issuing flood warnings and evacuating nearby properities as a precaution. The Timberland Delph would normally direct water away from the land and into the River Witham but due to the amount of water in the system under significant pressure during high tide the bank had given way.

WM Plant Hire was employed by Environment Agency contractors Jacksons to help plug the gap in the delph with with a temporary measure of sandbags to avoid further flooding and is now currently involved with repair works, reforming and compacting the bank.

WM Plant Hire mobilised their powerful CAT 340 machine quickly, once water levels at fallen enough, so that contractors could lift the heavy sandbags easily into position and plug the gap to avoid further flooding. The repair of the bank is now ongoing with the same machines extensive reach and power being utilised to reform and compact the bank.