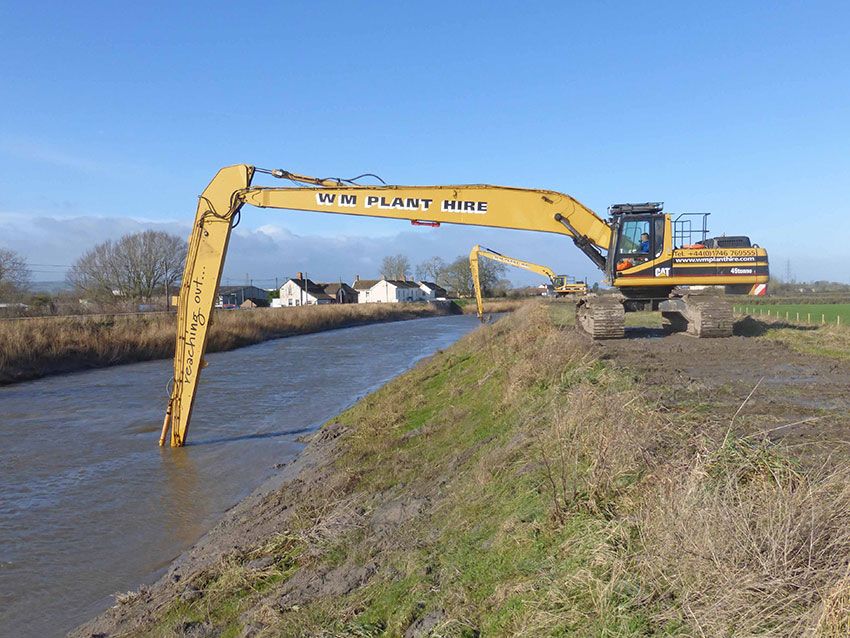 The contract is for 2.2km of maintenance dredging upstream of Northmoor pumping station and has been awarded by the Parrett Internal Drainage Board and funded by the Somerset Rivers Authority (SRA). With a variety of access issues WM Plant Hire has provided more than five long reach excavators during the project with up to 22 metre reach.  The machines have been dredging mainly from the bank with a further machine mobilised onto a floating pontoon to load barges, towed by a tugboat to be offloaded upstream. The works follow on from previous dredging on the Parrett and Tone Rivers in 2014 which was identified as producing the biggest flood reduction risk on the Somerset Levels and Moors.  The works are due for completion in March.