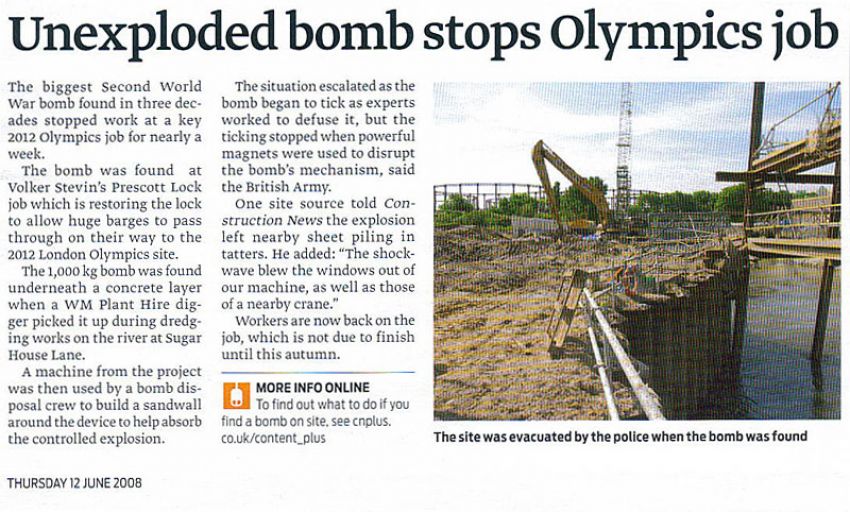 A World War II bomb was dug up on 2 June during the construction of the Prescott Lock, the canal gateway to the new Olympic Park.  WM Plant Hire’s CAT 345 long reach machine pulled the 2000 pound bomb out the River Lea during routine re-profiling works to the river channel.  The site was evacuated and the army took control of the site until the bomb was detonated on 6 June.  This was one of the largest bombs found since the war and the explosion filmed was with only 10% of the explosive power remaining!